Intraday Pivots are among the most powerful type of support and resistance indicator. They are useful to any style of trader that analyzes a security on an intraday basis. These pivots are calculated over a period of minute time values and can be changed to any minute value. The default time value is set to sixty minutes. For some traders, pivots alone are strong enough to base entries and exits upon. The standard pivot calculation method has shown the most correlation with price movement. Other calculation methods are available as well, which are open included, high weighted, low weighted, and close weighted. These pivots have five support levels, five resistance levels, and a central pivot, to provide more zones for extremely volatile periods. The option to round to the nearest tick is also available. 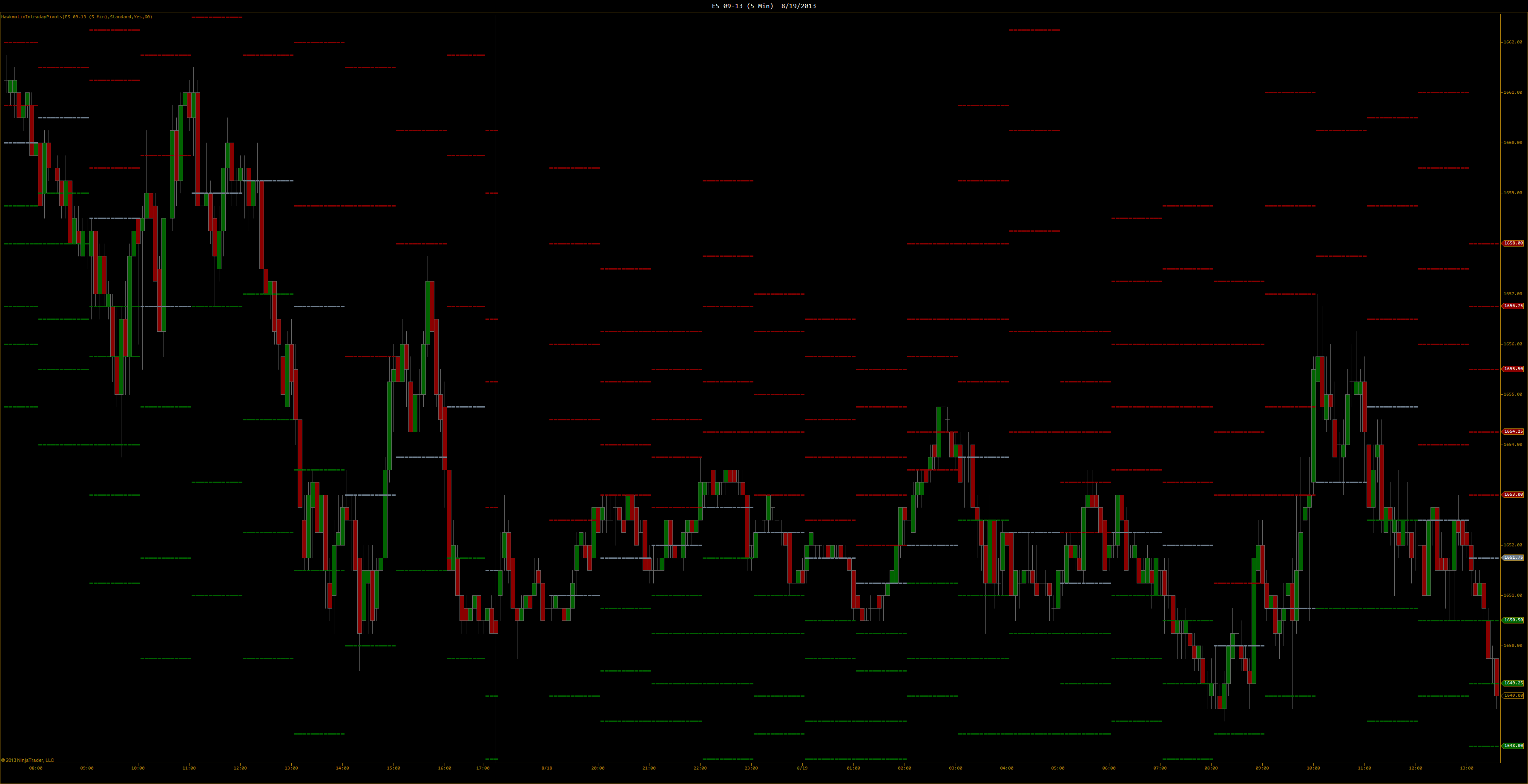 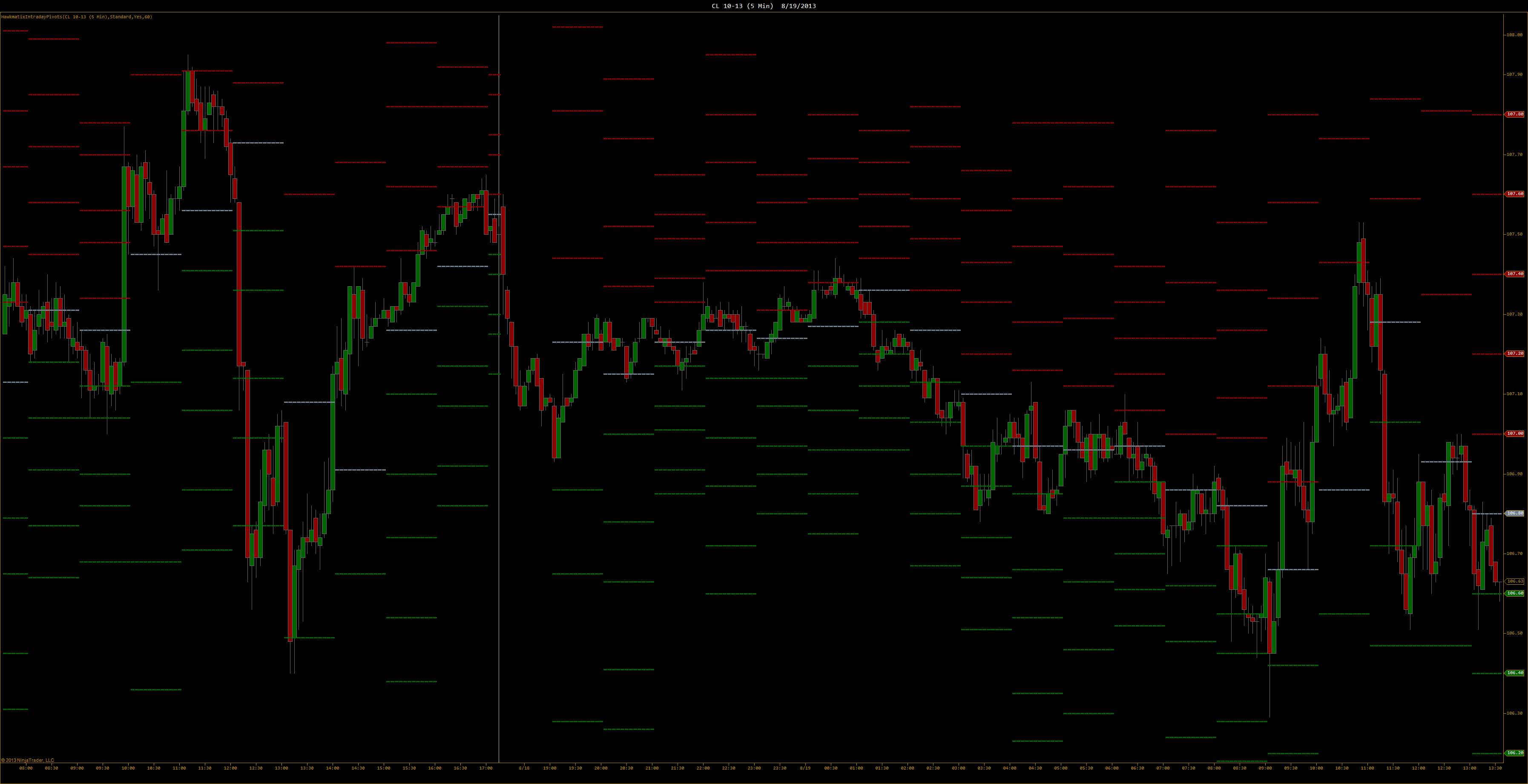