The median of a set of values is the value directly in the middle after the data has been arranged by its order of magnitude. The median has an advantage over the average because it is less susceptible to being skewed by outliers, or large changes in price. In some cases it is not optimal to assume a normal distribution and use a moving average; instead we assume a Laplace distribution and use the moving median. A use other than generalizing the data, is that the moving median has shown support and resistance properties much greater than that of the moving average. NinjaTrader's built-in median is slightly different from the true median, so there was great need for this simple project. 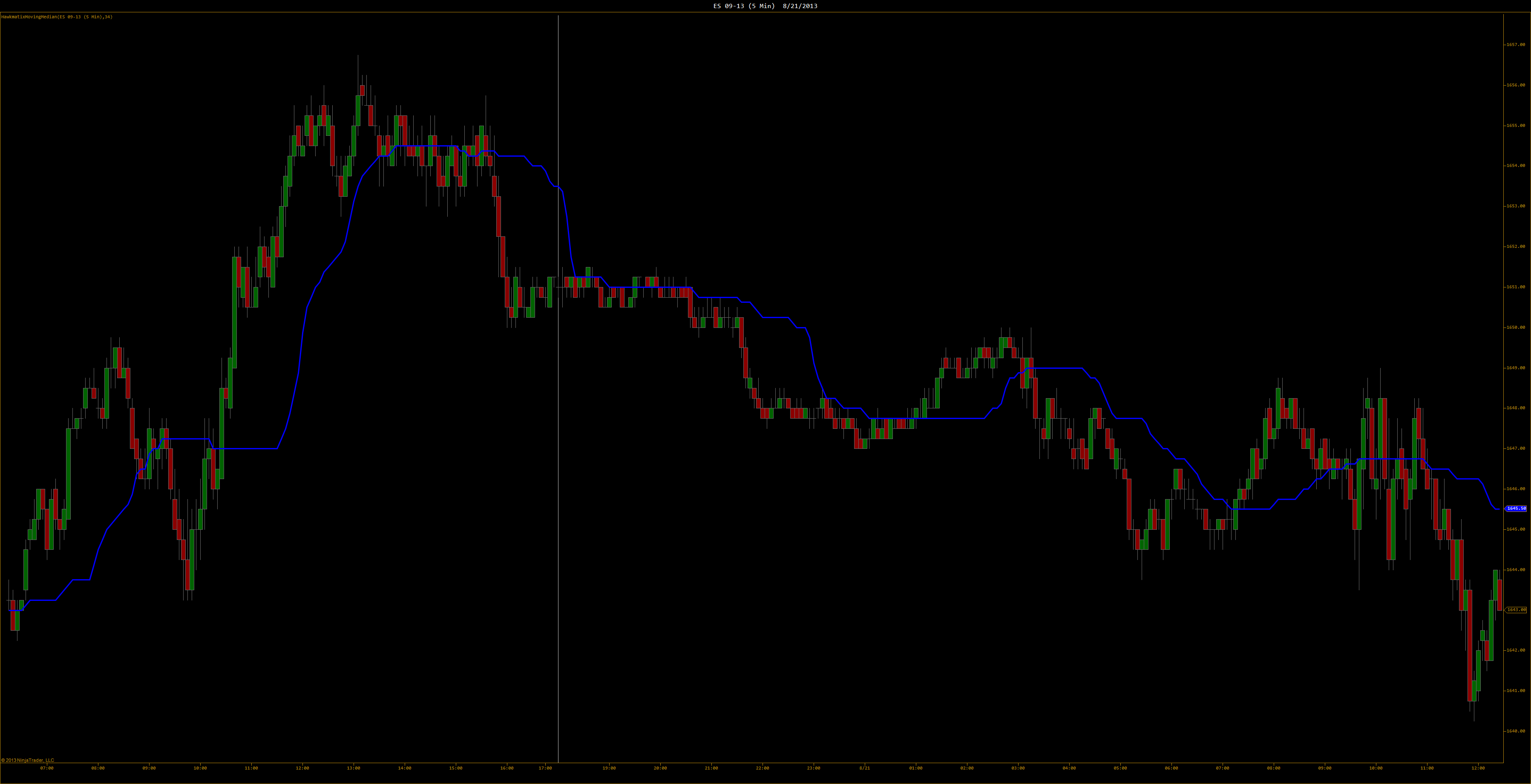 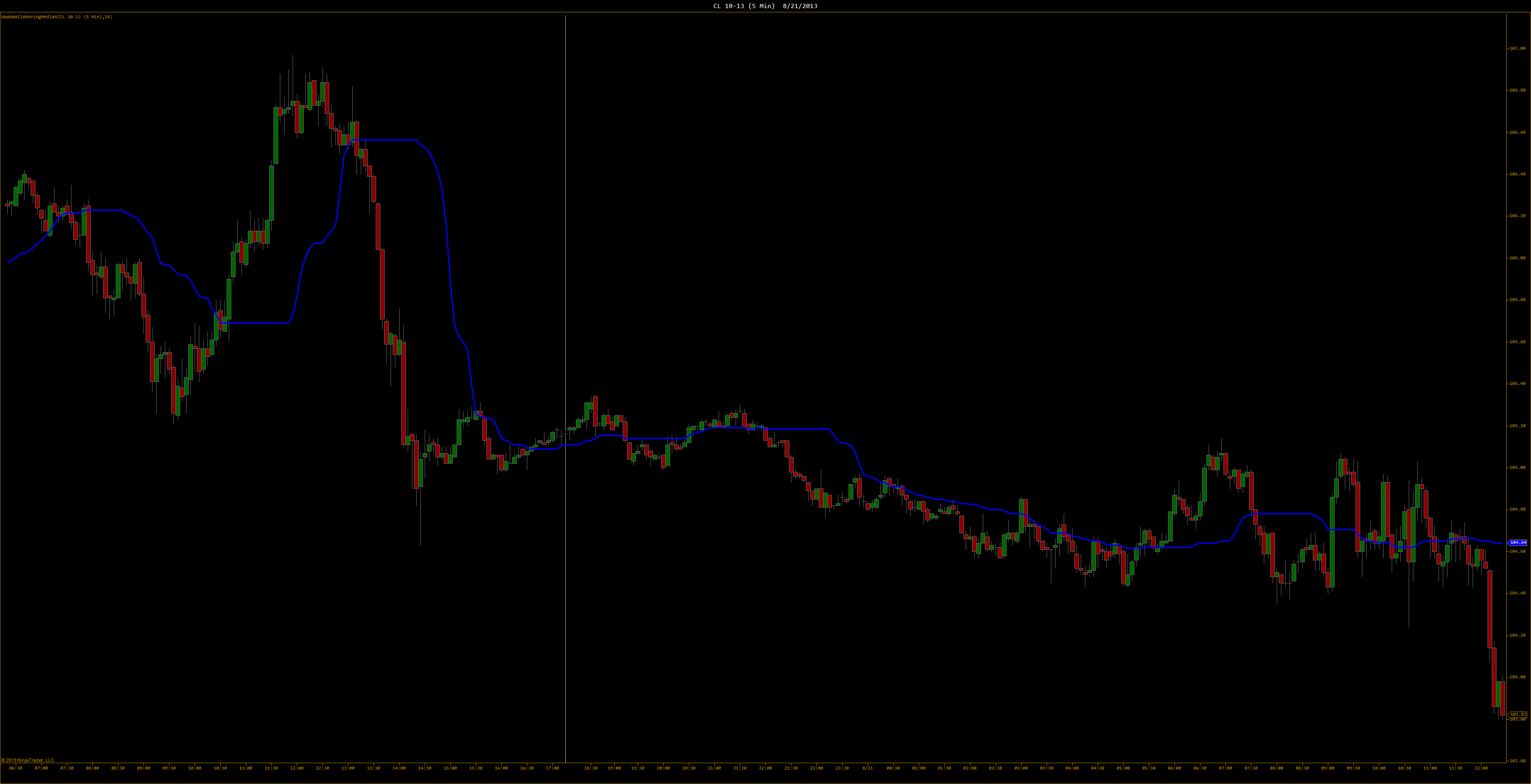